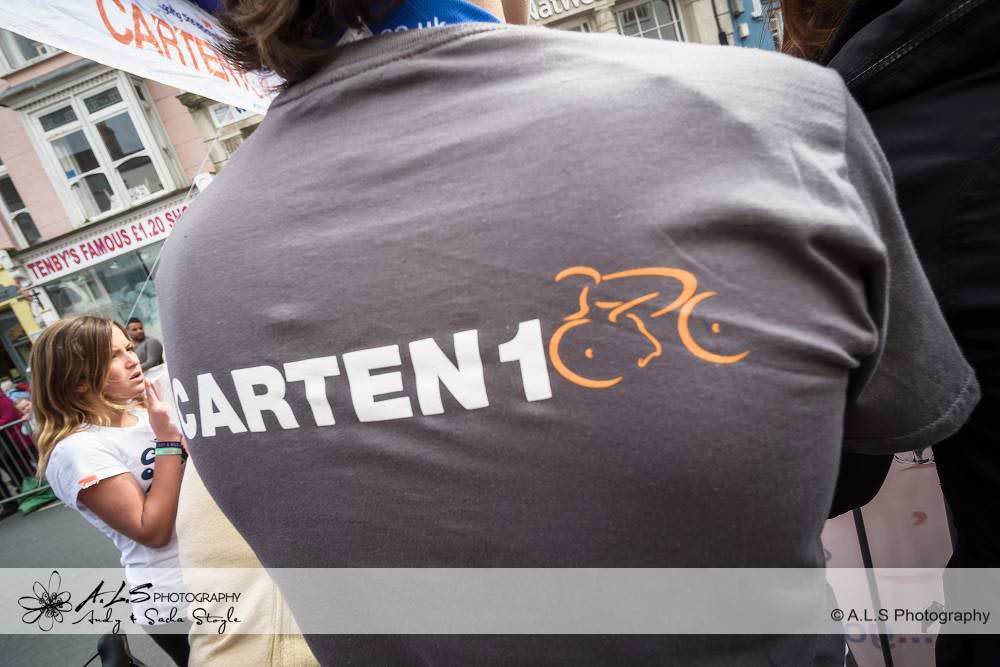 Carten 100!  Cardiff to Tenby, 105 miles, on a bike, why would you?!!!!  To have a great day out with your cycling buddies and to raise money for charity of course!  We followed 1700 riders who started out from the Cardiff City Stadium and arrived in Tenby Town Centre anything from 71/2 to 14 hours later, it is not a competition so a very relaxed atmosphere with plenty of stops along the way at pubs, a harbour, organised water stations and village shops.  The weather was kind to them in the end, though most had got soaked first thing in the morning, the weather improved as the day went on and the sun shone which made the journey slightly easier even though there was a head wind on times – also made it more fun for us spectators too!!  It was an absolutely awesome achievement for everyone who took part and the organisers had done a brilliant job from transporting cyclists kit to laying on food & drink for them at the finish!